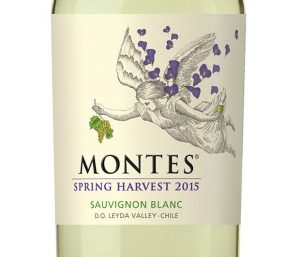 This “Spring Harvest” (earliest harvest) is another prime example of incredible wine value. This bottle retails at around $13-$16 and took home Wine & Spirits’ “Year’s Best New World Sauvignon Blanc, Best Buy” with a 90 rating in June of 2016.

The maker describes the wine as “a basketful of tropical fruit and citrus” leaving the details to the consumer. I read a few different reviews describing the palate as blossoming with minerality and grapefruit. I can’t argue with that because all drinkers are different. Although, for me, The first thing that came to mind was cooked plantains (tropical fruit) even a bit of the caramelization one would get specifically from a cast iron skillet (minerality?). I was immediately reminded of the first time I tried Cuban food in Fort Lauderdale, Florida in 2007. While the House Sangria was nothing more than a bottle of red wine with some fruit dropped in (that’s a whole other topic on its own), the food was phenomenal. I had no idea those flavors were possible. I ordered a second serving of plantains… maybe a third…

When sipping or sampling wine alone or with friends, don’t worry about what you think (or what an “expert” told you) you’re supposed to be smelling or tasting. Have fun with it!

I’d love to get another bottle to have with some plantains VERY SOON. Who’s cooking?! Here is a recipe: http://www.tasteofcuba.com/platanos-maduros-recipe.html